Thank you to everyone who supported and participated in the It’s Okay campaign for August.

I really enjoyed sharing my thoughts with you each day and hopefully it brought some inspiration and/or motivation to you all.

With everything going on in the world, I felt everyone could use a reminder that it is okay not to be okay sometimes. We are human and humans feel a wide range of emotions. All of which are okay. Why?

Because our emotions are our guidance system, they offer us a deeper understanding of ourselves and how we interact with the world. They are valuable and essential to our growth. That is their value. One that is often overlooked. My hope is that putting the spotlight on each throughout the month has added to their value and perhaps assisted in understanding and growth.

Moving forward, I will be less present daily on my blog, but for a good cause. I have decided to take the time I was utilizing each morning before work and in my free time to finishing my next book. I set a deadline of completion for myself of Fall of 2020, but as everyone has experienced…nothing seems to go as planned this year!

I am still going to try my best to finish it yet this year, but in order to do that, I will be stepping away from my other writing projects & platforms in the meantime. I will try to share pieces with you along the way and thank you in advance for your patience.

This next book, the sequel to Insane Roots, has been challenging emotionally and sharing it with the world will require more courage than anything I’ve ever written. It will be a bit risky, but I can only hope it will be received warmly, with the knowledge that it was written from the heart, without malice and only with good intentions.

Day 29: It’s okay to love yourself

I was taught to always be humble. That there was a very thin line between being confident and arrogant. One that should be minded carefully. Over the years, I have realized that the line isn’t as thin as I thought, it’s just perceived that way. The best thing you can do for you is to learn to love yourself and embrace confidence. There shouldn’t be any shame in that.

Loving yourself is crucial, not shameful. Being humble is one thing, but don’t discount your positive attributes in the process.

Maybe take a moment today and find 10 things you love about yourself and write them down. The next time you’re feeling down about yourself, pull out the list and try to add to it. Not only will it give you a boost, but the list will continue to grow as will you.

Have a beautiful Saturday!

Happy Friday Folks! Got any sweet plans for the weekend?

With everything going on right now, I’ve heard from a lot of people that they are having mixed feelings about enjoying themselves while the world around them is in turmoil. I completely understand. It’s only natural to feel a bit of guilt doing well when others are struggling, but sharing the good news in times of turbulence could actually have a positive effect.

Have you ever been down and out, feeling unbelievably lost, and in the perfect moment, you see evidence of another succeeding where you have failed, evidence of that light flickering on the horizon…I have and it inspired me to keep going.

There is no shame in being that light, no shame in reminding the world that things can change. That these struggles we are experiencing may be the path to positive advances in a world that feels divided and broken.

So, don’t be afraid to let loose, to celebrate the triumphs in your own life and the lives of others. It’s okay. We will all get through this, hopefully, wiser and more compassionate from having gone through it.

And remember, you never know the change you may inspire, just by being brave enough to share your light with the world.

Today, I would like to share another excerpt from my most recent publication, The Poetry of Emotion, on the subject of depression. One that as you will see, I have had a great deal of experience with. I continue to struggle at times, but it has improved so much over the years and the first step was not being afraid to admit to myself not only that I suffered from it, but that it didn’t have to something that crippled me.

If anyone is feeling the gravity of depression and anxiety, I hope by sharing my struggle, it will give you some relief in knowing that it’s okay and you’re not alone.

Stay strong, your darkness is beautiful and so are you.

Looking back on my life the years that formed me seem to be, in most instances, a blur. Their significance blind to the hopeless soul I was back then. They were of the most influential moments of my life and yet they are the farthest from the reality in which I currently exist. Perhaps it is the loneliness I once found an uncomfortable comfort in that disallows the appreciation of a time in its absence. And so, it is the loneliness to which I cling. After all, for the majority of my life it was the only real constant I had ever known.

I have always considered myself to be broken and more importantly, that being broken was far from beautiful.  I have come to learn, I was extraordinarily wrong. The most beautiful people in this world are the broken, the wounded and the left behind. For so long, we just simply never had a voice. A sounding board on which to express that which is not modern opinion and/or comprehension.

We are all beautiful. Every scar is something we’ve overcome, a wound healed and perhaps a lesson learned. They should not be judged harshly, but rather celebrated as a triumph of strength and accomplishment. You’ve faced something, regardless of its intensity and you have overcame.

I am not of the masses, the typical or the usual. I do not fit within the confines of the realities of most. And so, for so long…I did not feel as though I would survive. I have spent my days living on the outskirts, never getting too close or letting anyone far enough in to see the damage I try so hard to hide.

And thus, I’ve struggled in this world to be anything but unusual. Fitting in was survival. Being part of the pack was what I thought would give my life meaning. A purpose in a world that seemed strange and overwhelming. And when I didn’t fit in as a normal would, I found myself once again in a depressing spiral of discontent. Over and over again, I found myself in the same downward spiral until it eventually became a comfort. I was so used to being in pain that the torment became my preservation. And thus each day became harder than the next.

Now, some would simply shrug this off as life. After all, we all have ups and downs, perhaps those who experience the feelings I described above are of the hyperbolic, melodramatic breed. And I’ll give you that there is always going to be a certain amount of crazy we just can’t account for. But what if in some cases it’s more than that?

How many of you know someone who suffers from depression? I mean really think about it. There are those that have life experiences that cause a low and an understandable spout of immense sadness, which is life.

But I would bet that almost every person reading this knows at least one person, for whom it goes beyond that. It is not something that is talked about enough. It is one of those subjects that can sometimes get dismissed as if it is a cop out for the weak. But it’s not.  It’s real. And it’s about time we remove the veil of shame attached to it and understand it for what it truly is.

Those who, for lack of a better word, suffer from this said affliction are not at all weak. Quite the opposite actually. They are the warriors. They are the ones who wake each day with a mountain on their chest. Their heart as heavy as their mind, but still they find a way to rise. They push forward through the normal life struggles with an ocean of sadness on their back as if it is usual practice. It’s different for everyone, but that is the best generalization I can muster.

Personally, my best explanation is that each day for me feels like a prison. I wake each morning, battling myself, pushing against a current of self-doubt and hesitancy as I rise to face the day. ‘I am not alone’ I tell myself and all be it true, I still have to force myself to believe it. Every morning, of every day, I have to fight, with the one person I should trust the most, myself. Every affirmation of love brings a feeling of irrational inadequacy rooted in a childhood of indifference that I just can’t seem to escape.

It is in moments like these, those wee hours of the night, that it almost seems easier. Maybe it is because much of the world is asleep. Less of those to judge. Those who may never understand, just how vacant one can feel when faced with their own reflection. I see so much of her in me, yet I’m not really sure I even know who that is. And therefore, sometimes, really most of the time, I’m still struggling to find myself amongst what seems like a lifetime of never knowing what was real. I don’t know if I’ll ever figure it out. You know, genuinely find the solution to healing the misery of the past, but what I do know is…I’m not alone.  And neither are you.

Sometimes change means our path may divert from the people we were once closest to. It doesn’t have to be a bad thing. Sometimes they have a different journey to take that doesn’t include you at this moment in time.

As we grow, the people walking beside us may begin to shift from time to time. It doesn’t mean they are gone forever.

Let them grow…let them go. 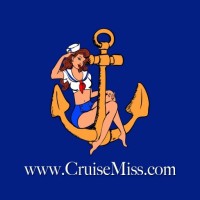 I dont have the answers, just a lot of questions.

A cruise blog with a difference. Join me as I take you on a journey through the world of cruise travel. Travel Blogger